Heir to the Darkmage

Ambition drives her. Danger thrills her. But magic always has a price,

Twenty years have passed since the Darkmage was destroyed and the war between mages ended. For Lira Astor, the single living heir to the Darkmage, escaping her name is impossible. People still fear what is long dead, and they see in her the rise of another dangerous mage with deadly ambition. Desperate to claw her way free of her grandfather’s shadow, to make her own name amongst the world of mages, Lira is willing to do whatever it takes. Even if that means joining the secretive rebel group looking to restore his vision.

Survival is a lesson Lira learned early and often, yet when she is abducted and held prisoner in a deadly game of cat and mouse, she finds herself facing a nemesis she may be no match for. Forced to band together with unlikely allies who challenge everything she believes about what it means to be a mage, she will have to rely on every bit of ruthlessness she possesses.

Because the war may only just be beginning…

…and Lira Astor intends to come out on top 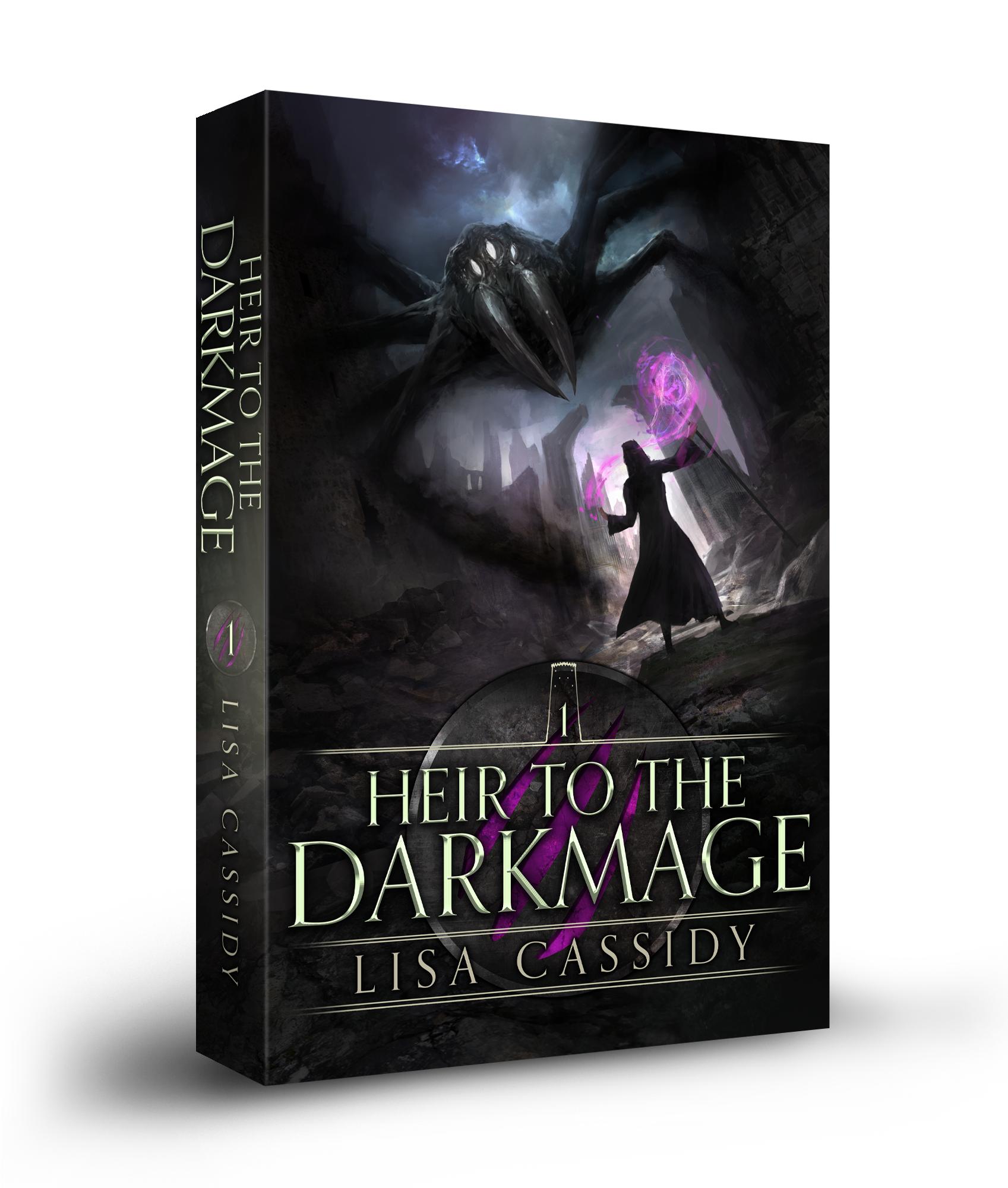 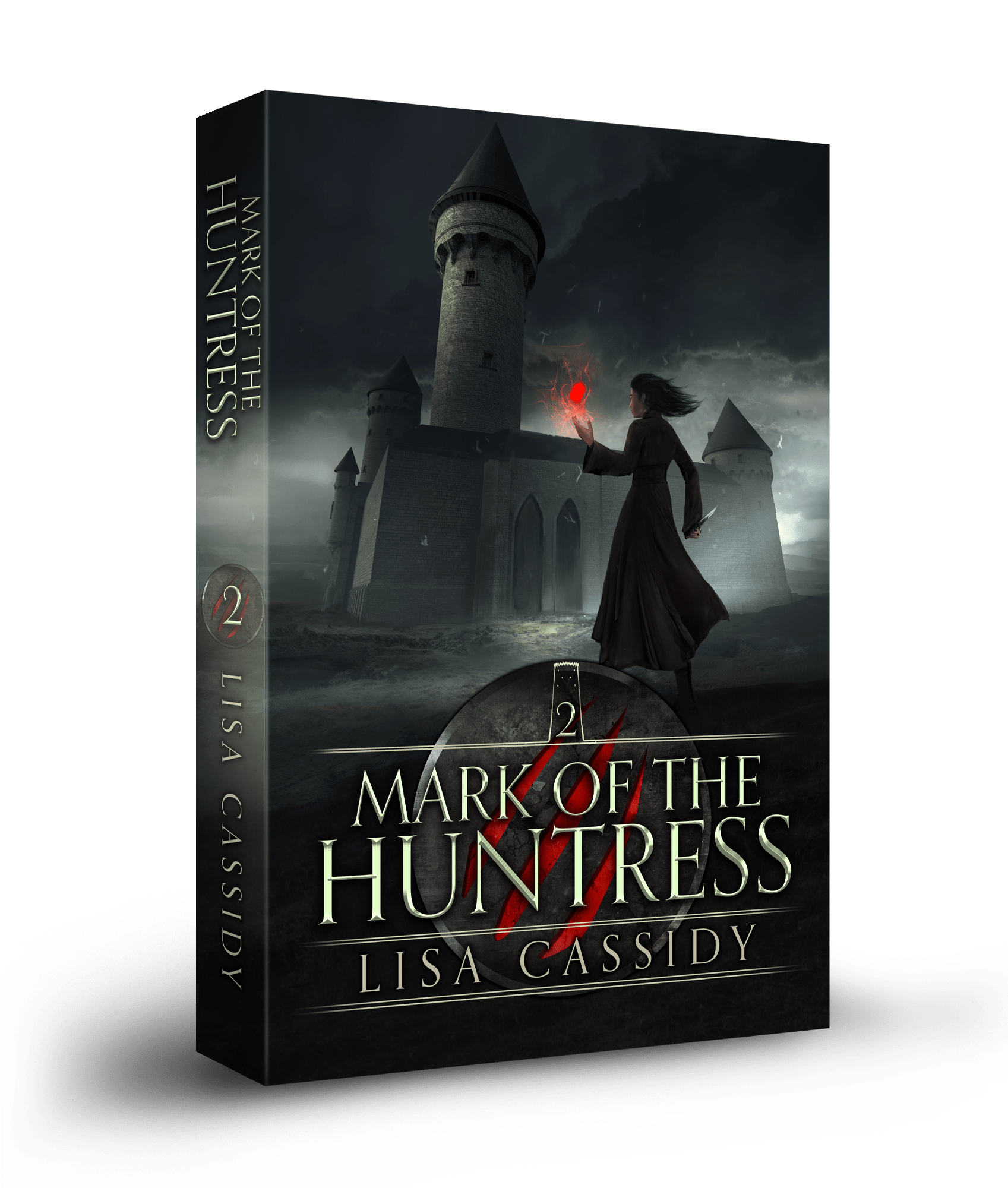 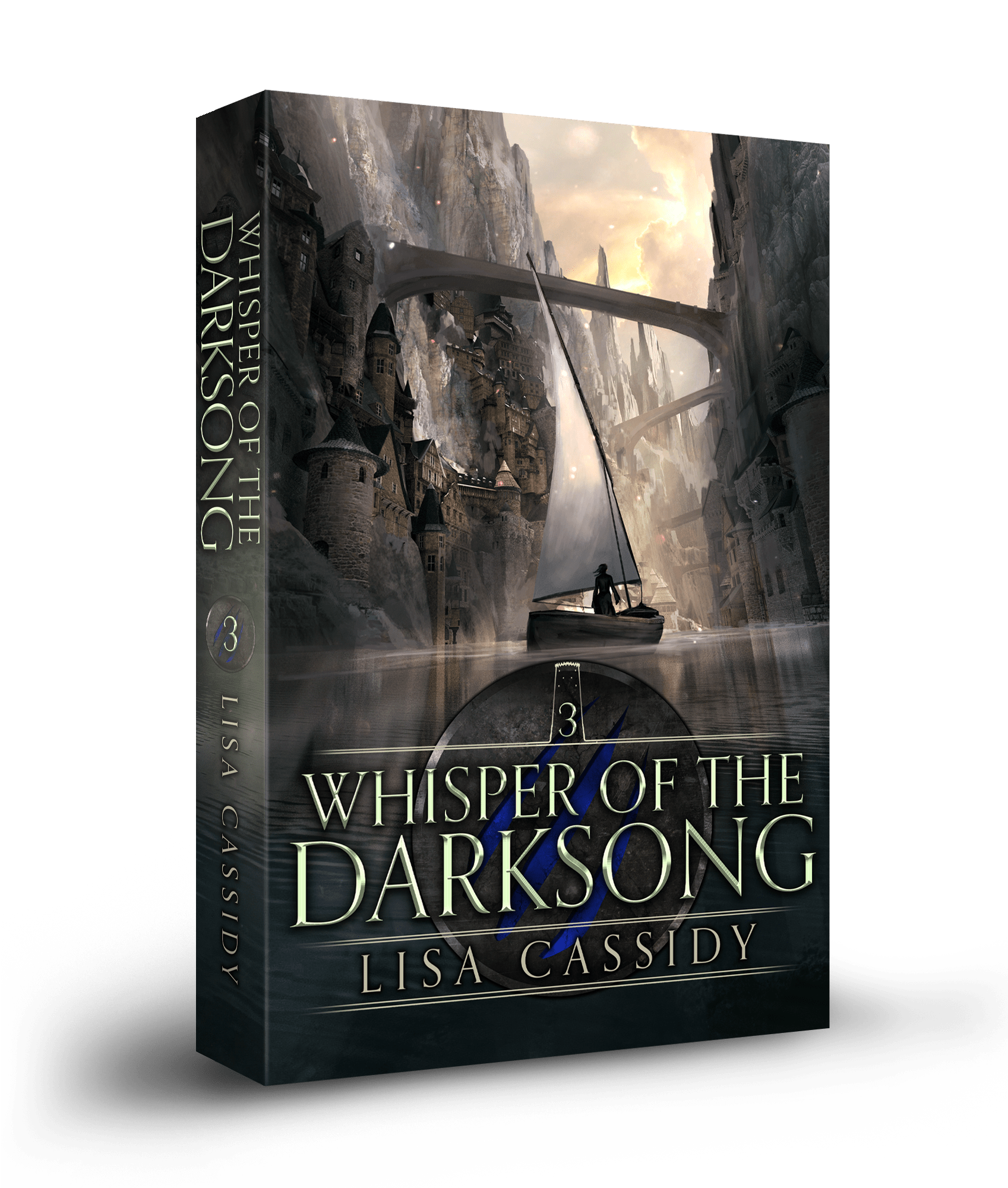 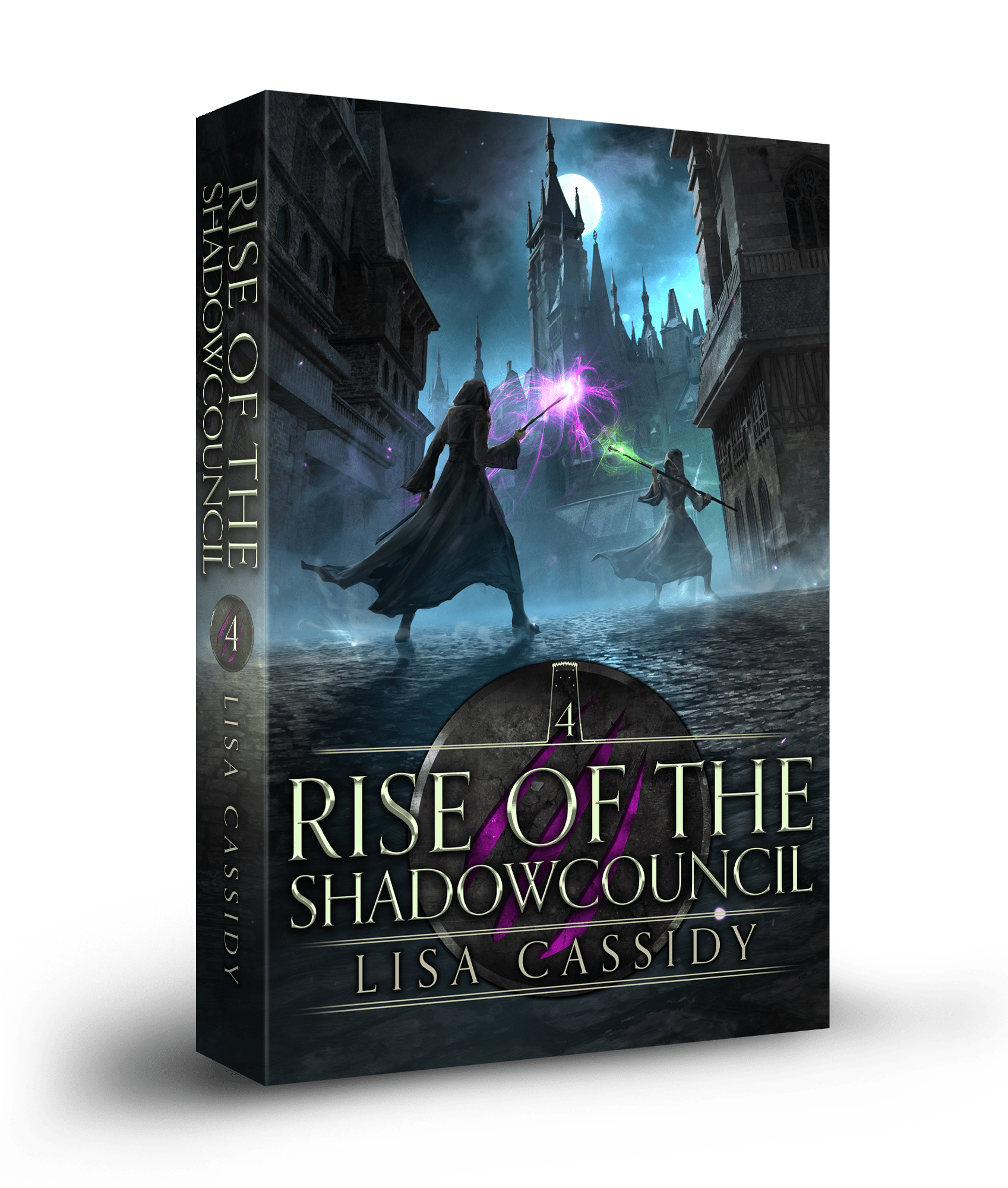 It is up there with some of the best YA books.. The storyline developed well as the book progressed, yet it was not too complex or dense. Some nice twists and turns along the way and her writing style is very enjoyable to read. The name Lisa Cassidy is one that people should look out for!

I love Lisa's books, have read them all and can't wait for the next one.

Well! Lisa has done it again. Another engaging YA novel to start a new series that has all the hallmarks of being at least as good as the other two. It was wonderful to see some consequences of the war and I loved Lira and the rest of the characters. They were each different, battling their own insecurities and trials, and they were relatable which was refreshing. All the running around at the beginning did wear on me a bit as they seemed to be scurrying around without direction and I found it a little frustrating as it stalled the flow for me a bit. I enjoyed the cameos from Alyx, Dash and the others and the connection to the first quartet they brought with them. Overall, I enjoyed this immensely. I have absolutely no idea what Lucinda and her people hoped to accomplish which is killing the part of me that needs to know RIGHT NOW lol. I can’t wait for the next installment to see what Lira gets up to next! 🌟🌟🌟🌟.5 / 5

Everything she writes is gold. If you haven’t read the other books in this series, go do that now. You won’t be disappointed. Go... go go go. And then go read her other books as well. I have been so excited waiting for this book and I couldn’t put it down. Now to wait for the next.

Lisa Cassidy's Mage Chronicles got me through a particularly tough few months in 2020 so I was a little more than bummed when I arrived at the last page of the series. So imagine the joy I felt when Lisa announced that she was writing another series that followed on from the Mage Chronicles. A Tale of Stars and Shadow did not disappoint - there were several plot twists that I did not see coming. A thoroughly enjoyable read. Can't wait for the next book in this series.

Really enjoyable novel with a main character I actually liked! Lira is complex, smart and unapologetic without being obnoxious. Can’t wait for the follow up!

Another imaginative and compelling read. I most enjoyed Lira's back story in the dual story line; it gave me sympathy for a character I initially struggled to relate to. But, as is usual with this author's characters, they have depth and take a while to get to know. I'm looking forward to the next instalment and am sure Lisa Cassidy has more surprises in store for her readers.

I was lucky enough to be provided with an advance copy of this book in exchange for a review. Lisa Cassidy’s return to the world of the mage chronicles sees a new flawed protagonist with a dark past and lots of potential. It was great to return to this world and see how the characters from the Mage Chronicles had grown and evolved, and to see the fallout from the last series. While reading the Mage Chronicles isn’t necessary to dive into this book, it does help to understand some of the context and environment. Lisa Cassidy has written this book with both a past and present point of view which helps to better understand Lira, although I still find this kind of writing occasionally troublesome when I just want to know what is happening in one plot point at a time! A fast paced and exciting adventure, highly recommended.

This is my first step into Lisa Cassidy’s novels, and I have to say that I was not disappointed! This is a follow-up to The Mage Chronicles but if you’re like me and jump in feet first with this book you won’t miss too much from not reading the first series. There are some things surrounding Lira’s past that I do think would’ve solidified my understanding of her ancestry, but Cassidy still does an excellent job of keeping her readers in the know. The world building is crafted with a dark and dangerous atmosphere. The setup of the street kid ‘gangs” and the Underground aspect were a great touch and I found myself constantly questioning who was truly good. I like that. I like surprises in my reads. Let me also take a moment and say my favorite part… monsters. Throw monsters into a novel and I am like a kid in a candy store ready to get my hyper on. The action was perfectly paced and though some areas did feel a bit repetitive in scenario and circumstance I still found myself flipping pages to know the ending. Dual timelines that jump between Lira’s past and present really helped form that reader/character connection that I always hope to have. She is a complex, rough edged and street-smart MC who proves how strong a woman in her situation can truly be. Her backstory is heartbreaking, and Cassidy does an exquisite job of creating strength from the turmoil the MC encounters. However, I do think that present day Lira lacked something that the younger Lira had in the narration. I am not sure exactly what it was but between the two timelines I fell more in step with Lira’s past self than the present self. I feel this may stem from the reader in me realizing the need to start with The Mage Chronicles. Or it could simply be the depth put into creating the past-self chapters, it really grips you in the blood pumper. I loved being a part of Cassidy’s team and having the opportunity to read and review this gifted ARC. I have her other series on my kindle and have officially made it part of my 2021 TBR. If you’re into fantasy and books with morally grey and complex female leads than you know I would totally point you towards this novel for your TBR. Now to patiently await book two.

Heir to the Darkmage by Lisa Cassidy is an awesome book! It is a follow up to another series, but it is perfectly great if you read this first. All the info needed to understand is here! I absolutely love the world building in this novel. It was so easy for me to imagine I was in this story. I love the dual timelines. We get one that involves Lira’s backstory, that is gut-wrenching. We also get a timeline with current events as she lives as an apprentice at the Mage Academy. The pacing is excellent. I was obsessed from page one. I read this in one sitting because as soon as I opened this book, there was no setting it down. Highly recommended!! *I received a free copy of this book from Rachel’s Random Resources to review honestly on the blog tour. All opinions are my own and unbiased.*

This book has so much adventure in it and just when you think you know what’s going to happen next you get surprised. Could not put this book down!